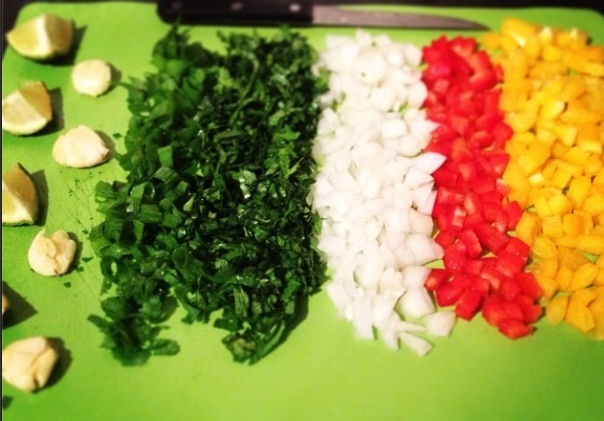 Lately, I’ve questioned exactly how committed I am to being healthy. My approach for years has been that as long as I cook clean, workout when I can, and make smart choices during the day, that I’ll be OK. Now, I wonder if that’s enough.

I grew up in a household that unintentionally embraced body positivity. My mother constantly told my sister and I how smart and pretty we were – my sister may have taken it more to the head than I did but I digress. I say unintentionally because feminism and body image were never topics that we talked about outright.

My advice to them as we’ve all aged and experienced changing metabolisms was to add physical activity and be more careful about what they put in their bodies. This can be tough to do even though it seems simple. For me, it comes down to commitment. How focused are you in your long term goals and the things you want? My long term goal was always just to look good and feel good. I think it’s dishonest to say that even though I have a positive body image, that I don’t want to look good. Everyone does.

Commitment can be impacted by a lot of things – time, interest, your friends/family, access. financial status. Let’s look at time. In a perfect world, I would wake up at 5:30 AM, go to an hour long yoga class and make it to work by 8:30 AM everyday. In reality, I do this maybe twice per week and  I usually get to work by 9 AM on those days. The evenings are just as bad. Again, in a perfect world, I would alternate evening between running, biking, and boot camp. That’s just not real  life though. I leave the office, really committed to working out or making that group fitness class and BAM – I get a text, “dinner?” or “coming to watch the little league game?” and all of a sudden I’m weighing the importance of being present for my friends and family against my own health and physical needs. It’s tough.

Having a support system is also really important. I’m a bit of an introvert so I don’t mind taking a fitness class alone. I can admit that anxiety sets in when the instructor shouts, “grab a partner,” but usually it works out in the end. That’s not the case for anyone else that I know. One of my coworkers invested in a high-end bicycle but only uses it again once a week because she has no one to motivate her. Handling food can be the same. If all of your friends and family eat fast food five days a week, you are going to have to put in some serious mental power to eat your homemade, fresh food. I mean, really, who wants to turn down french fries?

Access is also an important factor. It’s true that you don’t need a gym to get fit – walking, running, doing crunches are all things that are free and don’t require equipment. But what if you just don’t know that? It seems simple but the truth is, a lot of people consider working out to be something that happens at the gym. They don’t think that doing a few laps around their neighborhood really counts. Access also means having resources and knowledge. I can find workout plans and meal plans everywhere – pinterest, facebook, instagram, flyers in Starbucks (seriously!) – but if you don’t know those things exist in that platform or you can’t get to a grocery store that sells fresh vegetables then you’re back where you started.

Financial status also ties into this idea of access impacting commitment. If someone needs to work 12-14 hours a day to support their family or meet their career goals, it’s going to be nearly impossible to find time to do a push up, much less make a fresh meal every night or commit 2-3 hours to meal prep on a Sunday. Unfortunately, if this person is also in a lower income neighborhood the ratio of fresh grocery to fast food is extremely skewed. Even if it is there, they may not be in a position to spend extra time and cash on it.

There are so many other factors that may never even cross my mind. In my own life, I’m lucky to be able to control a lot of the things that challenge my commitment but that’s not always the case. Sometimes you just can’t say no. The answer is figuring out what works best for you. Maybe that’s only taking  a fast-paced walk on your lunch break or going for the grilled nuggets instead of the fried ones. Even though these are small changes, they can make a big difference.

What impacts your commitment to being healthy? How are you figuring out what works for you?

This entry was posted in Lifestyle, Workouts.

Run and Eat or Eat and Run? 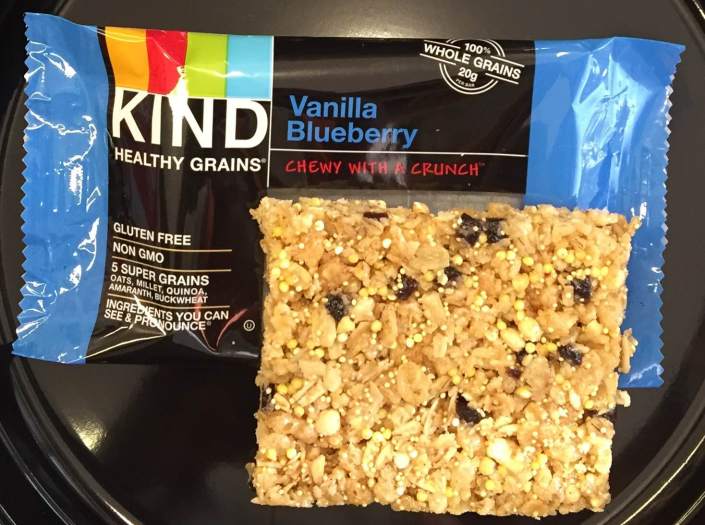 Prior to this year, running was something that 20-something Courtney did not do. During high school, I ran the cross country summer miles then promptly forgot my running shoes for a week straight and would have been so far behind in 5 AM make up runs until I gave up. That outlook changed in January. It wasn’t a new years resolution. My new years resolution was to be happy no matter what. It sounds cheesy but at the time my mood was so inconsistent until all I wanted was happiness.

I started running in late January. I had a huge life change and  I desperately needed something to distract me from how much of a mess my life had become in just a few short days so I started running. It was cold. Georgia has relatively temperate weather, but my tolerance is low.

So I realized that while running outside actually made me feel better emotionally, I couldn’t handle the cold. I also needed a plan. I set a goal to run one one time race per month. In just about everything that I do, I need something to look forward to – a goal, a vacation, even dinner plans. I’ll admit that I’m a planner but my inner optimist just can’t handle anything with no twinkle in the distance. Now you understand that opening statement about being happy.

I brought my runs indoors. Running on the treadmill worked for almost a full month. I felt like I was getting stronger, my ability to increase the speed and keep going was improving, yet every time I did a race, all the improvement I’d noticed on the treadmill disappeared. At first, I assumed that it was because these races were so early in the morning. Maybe my body isn’t awake, maybe my muscles are cold, maybe I need to eat.

I spent a few days eating fresh fruit immediately before a run. It was OK. I felt as though my endurance was slightly better but I would always have a stomach ache at the end. I switched to Kind bars. Some improvement – no stomach ache but I felt a little sluggish. Tried smoothies but I could literally feel like the liquid in my stomach which made me nervous about the next logical step when you feel things moving around. I knew I couldn’t run on a full stomach – I can barely walk on a full stomach. I started to research what other people eat before running and the resounding answer seemed to be nothing unless you are absolutely starting. I even read a few articles about committed runners who planned all of their meals around their running schedule. I’m not there quite yet, but I did start to notice that I wasn’t hungry before those timed races so food probably wasn’t the answer.

I continued Googling for answers and stumbled on an article offering advice to new runners – run outside. Not only run outside but vary the terrain. When I read this,
it jogged (haha, get it?!) my memory of a friend once saying that he believed treadmills weren’t nearly as useful because it causes you to use less effort since it’s moving. The ground, obviously, doesn’t give you this kind of assistance. I stopped eating immediately before a run and started running outside. Here’s what I learned:
.
1. My mind clears so much more quickly when I’m running outside.
2. Food is not an issue if I run in the mornings, but I have to plan ahead in the evenings.
3. Pre-planned evening runs help me to avoid sugary snacks at work.
4. Consistency is key.

I have to eat something at least a few hours before if I go running in the evenings. If I don’t, about 30 minutes into the run, my stomach declares war on the rest of my body and I begin to get light headed.

I finally nailed down a good schedule and returned to the Kind bars a few weeks ago. As long as I’ve got breakfast in by 9:30 AM, I’m hungry for lunch between 12:30 – 1:30 PM. In the evenings, I never go running before 6 PM so that gives me 4.5 hours to get some digestion going if I don’t eat. Again, that whole not eating thing doesn’t really work for me. So around 4 PM, I have a Kind bar or a banana.

Something about bananas work for this purpose. They are just heavy enough to keep me full and light enough to not weigh me down. Then right after I run, I do a cool down stretch, and head home for a real dinner.

Meal prep makes this so much easier. I pick up the box of Kind bars and a few bananas on Sundays when I’m at the grocery store and then when I’m ready for dinner all I have to do is warm it up. For me, the warming is a big of a process since I’m using the oven but it gives me a chance to get out of my sweaty running clothes, maybe do a 15 minute yoga session, and wind down before the meal.

How do your meals impact or change based on your workouts?

This entry was posted in Lifestyle, Running, Workouts.

Best of Both Worlds